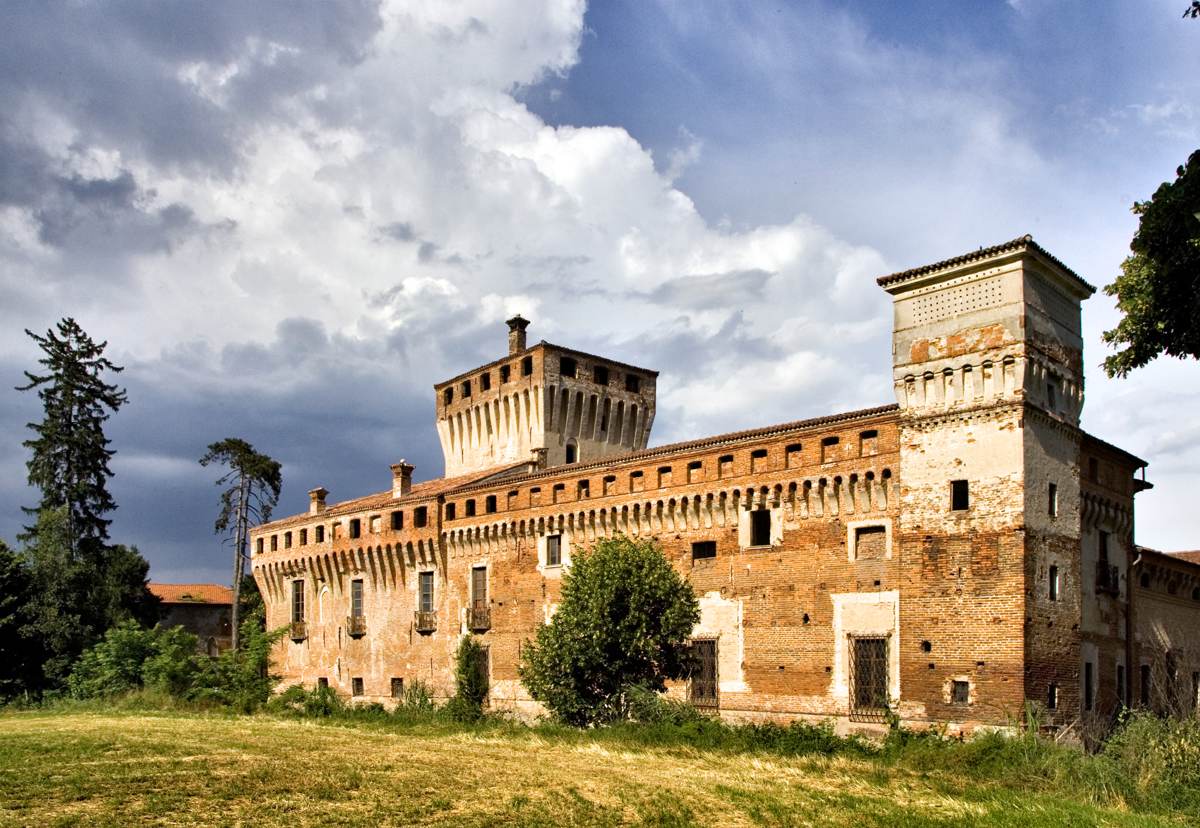 Art, history, archaeology, sacred sites, defensive structures: Brescia’s Plain will surprise you with masterpieces by famous artists like Tiepolo’s canvases in Verolanuova’s cathedral and remains of the different civilisations that inhabited this land. You can enjoy these visits alone or with the family. Plan to stay and admire the characteristic sunsets of the “lowland” and its beautiful landscapes.

Visit the official websites of the individual sites for updates on opening times.

Padernello Castle is one of the historical and cultural reference points of Brescia’s Plain. Built in the 15th century and modified several times over the centuries, it was eventually turned into a noble mansion in the 18th century with the layout that it still retains today. This fascinating site is surrounded by a moat and still has a perfectly functioning drawbridge. The Castle is managed and promoted by the namesake foundation which also offers guided tours to discover the secrets of the building. The event programme is very rich and ranges from concerts to art exhibitions, from night tours to the famous food markets

A profile suspended between space and time in a quiet hamlet in the heart of Brescia’s Plain. It’s Ponte San Vigilio, a bridge created by the late artist Giuliano Mauri (Lodi Vecchio 1938 – Lodi 2009). The structure is harmoniously built in a natural setting and is in perfect balance with earth, water, and forest. Follow the path and enjoy the emotions of a stroll on the bridge! A FAI site, Villachiara Castle was built starting from 1370 and was later turned into cultural centre. Located in the village’s main square, it stands out for its majestic appearance and the old cylindrical towers. The surrounding green area was once a moat. The building is open upon reservation or for special events. An old military citadel, Rocca di Orzinuovi today is a complex of buildings from very different ages. The oldest portion is the tower, once the access point to the village and subsequently absorbed into the complex. Today the tower belongs to the Municipality and is used as library and venue for temporary exhibitions, concerts, exhibits, and conferences. Its location at the entrance to the village centre by the main square is very evocative.

Located in the historic centre of Orzinuovi, the old Disciplini church is an extremely fascinating site which contains splendid works of art. Of particular interest are the church bell forge pit where in the 16th century the bells were moulded, the 15th century frescoes, and the stunning “Milk” Madonna attributed to Paolo da Cailina the Young. In the middle of the altar stands Madonna della Disciplina and on its side is the painting “God Almighty with Saints Francis and Charles Borromeo” by Grazio Cossali. Pieve di Bigoglio was mentioned in some documents as early as 1120. This church had an extremely important role in the Dioceses until the end of the 14th century, when the priests were moved to the Church of Orzinuovi as it was considered a safer, more protected site. It underwent significant modifications over time. The building even changed orientation: the apse was once where the façade is today. Extensive excavations brought to light the foundations of the old baptistery and Roman and medieval tombs. One of the most interesting examples of 15th century architecture in Lombardy is Pieve della Furmigola, also known as Santa Maria della Formigola. This church is characterised by three simple naves with brick columns and slightly pointed arches; this intimate style is typical of rural medieval churches. The church is surrounded by the green countryside of Brescia and stands by River Mella. It can be easily reached by bike using the Brescia – Cremona bike path.

Established in 1966, the Foundation protects and promotes an incredible historic and artistic legacy: biblioteca Morcelliana library opened in 1822 and today is composed of 70,000 volumes including 55 incunables. Pinacoteca Repossi art gallery is equally prestigious with 300 paintings, almost 200 sculptures, 2,500 prints, furniture, medals, and historic and military objects. It’s a true reason for pride for the town of Chiari. As you walk up the alleys of Palazzolo sull’Oglio’s old centre, you reach an evocative area. Here, you will see Rocchetta, a square tower which was part of the old defensive system and was later turned into clock tower, the Castle, and the People’s Tower. The castle has remarkable historical significance and is characterised by four towers connected by walls surrounded by a moat. The People’s Tower is more recent and is as tall as 85 metres. Built on the ruins of the old castle in a panoramic position, the castle was designed in Neo-medieval style to be the private residence of Count Gaetano Bonoris. It is inspired by the architecture of Piedmont and Aosta Valley castles from the 12th and 13th centuries. The surrounding park is magnificent.

Montichiari’s silhouette is characterised by the beautiful Romanesque church of San Pancrazio and the majestic dome of the Cathedral. The church is one of the oldest in Lombardy and contains works by Romanino, Paolo da Caylina and Callisto Piazza. The Cathedral expresses the magnificence of 18th century Late Baroque and boasts an altar piece by Romanino. Hosted in the former Disciplini Church, the museum contains remarkable archaeological artifacts from the Neolithic to the Late Middle Ages coming from the surrounding areas. These objects are critical to understand the development of civilisation in Remedello. Another thing not to miss is the majestic fresco cycle about the life of Jesus by local artist Lamberto Orazio De Rossi. A true gem, this church in Brescia’s Plain bursts with frescoes, paintings, and artistic treasures. The most noteworthy are found in the Most Blessed Sacrament Chapel: it’s the two famous paintings by Tiepolo Manna falling from the Sky and Melchisedec’s Sacrifice.   Another stunning painting is the large Golgotha canvas by Ludovico Gallina on the counter-façade. Learn more about the Roman Basilica of San Lorenzo.

Located in the historic Palazzo Luzzago in Manerbio’s centre, the Archaeological Museum gathers artifacts that narrate the evolution of civilisation in Brescia’s Plain from the Neolithic to after the Middle Ages. Among the objects on display are ceramics, daggers, silver drachmas, grave goods, and the only known King Aripert I coin in Italy. Other noteworthy artifacts are the Renaissance ceramics. 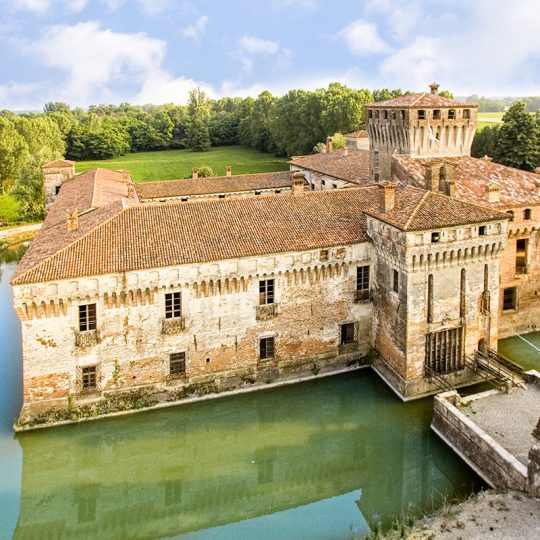 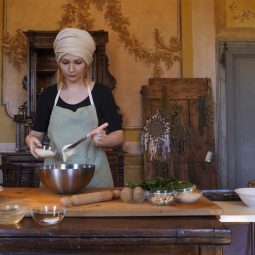