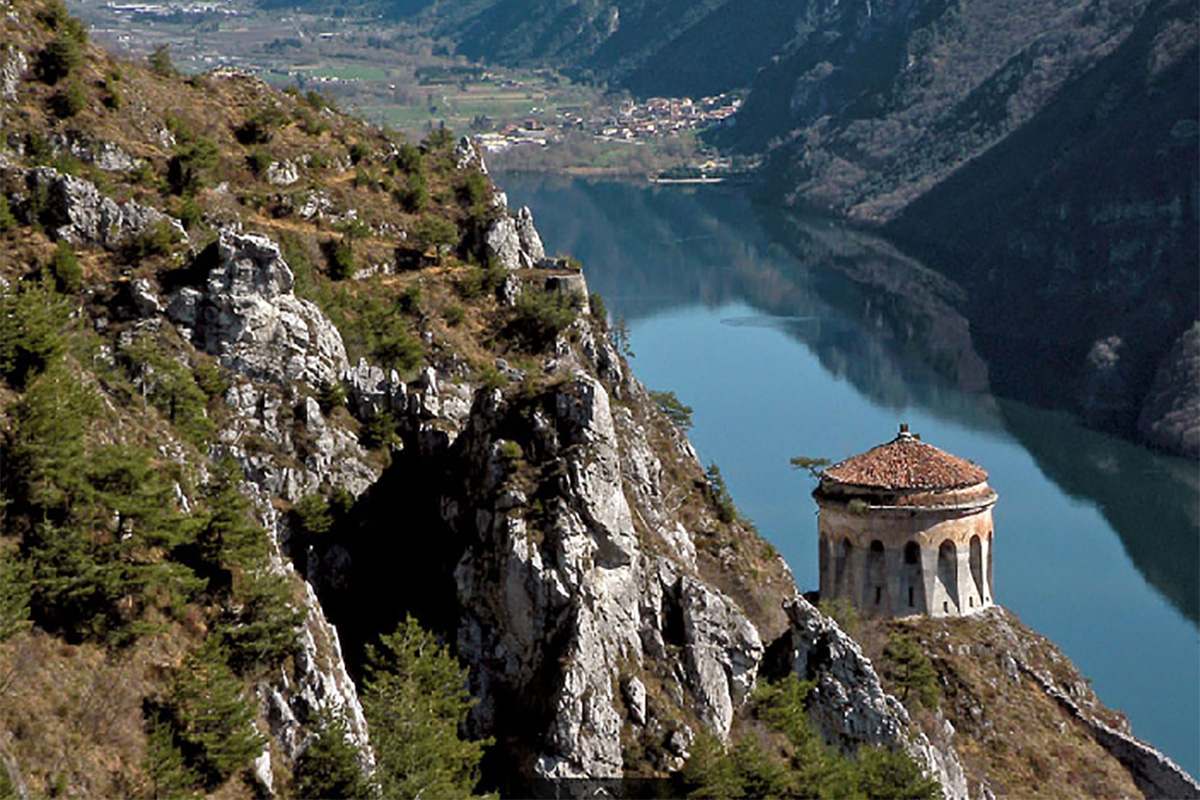 Excellent museum which narrate local history and traditions. Devotional places built to celebrate the apparition of Mary. Mountains ideal for a family outing or those who love to conquer the summits . Finally, Lake Idro, a pristine gem of a lake with its unbelievable colours and a one-of-a-kind fortress perched over the waters: Rocca d’Anfo.

Here are some must-see attractions during your stay on Lake Idro and Sabbia Valley.

A sacred building with a millennium-long history. It’s the Monastery of S. Bartolomeo in Serle, built in a splendid panoramic position on Mount Orsino at 993 m above sea level. From here, it is possible not only to admire Lake Garda, but also the Serle plateau and Brescia’s plain stretching from the marble quarries to the city’s buildings. Built in 1093, over the centuries several orders took charge of the structure and modified its core design. Today, it belongs to the Municipality of Serle and is undergoing a substantial restoration effort aiming at showcasing the important medieval remains found during the excavation, and frescoes from the 15th and 16th centuries. As you walk inside, look at the engraved marble plate on the right, with the name of St. Paul VI as first benefactor.

Very popular Sunday destination, the monastery can be easily reached by a nice walk through the woods. The local tourism office organises very interesting guided tours in the summer.

A highly devotional place, Paitone shrine was built after the miraculous apparition of the Virgin Mary to Filippo, a deaf-mute boy, in  1532. Completed in 1534, it contains a painting by Moretto depicting the episode in which Mary promises that she will heal the boy in exchange for the building of this devotional place. Extremely well preserved, over the years the shrine was enriched with porticoes on the façade overlooking the large front yard. Reports indicate that other miraculous, sudden healings happened here.

Reference point to understand the history of Sabbia Valley and western Lake Garda, the museum’s collection contains invaluable archaeological remains, fossils, and epigraphs. It’s a true journey through the economic and cultural development of the area, from Mid-Paleolithic settlements to the Post-Renaissance Age.  The collection also includes the skeletons of a prehistoric bear and a wolf. A section is dedicated to the pile-dwelling site of Lucone di Polpenazze, part of a UNESCO site. The museum is hosted inside a lovely 15th century palace and is organised to welcome children and school tours. Owned by the municipality, the museum boasts two forges complete with hydraulic wheels, warehouses, trompe, and other machines once used to manufacture iron objects. Built before the 18th century, Pamparane forge is open upon reservation for guided tours and the possibility to admire a demonstration of how the forge works. The experience also includes a visit to an interesting collection of artifacts which narrate the economic and social history of Odolo. As you pass by Sabbio Chiese, it is impossible not to be impressed by the imposing Madonna della Rocca shrine, in a dominating position with panoramic view of Sabbia Valley. 107 steps take us to the entrance to the building, erected between the 9th and 10th centuries as military fortress and then turned into a religious site. Symbol of the town, the shrine is absolutely unique: it is composed of two churches one on top of the other, both dedicated to the Annunciation. The 17th century portico and the bell tower are charming. The latter was once used as a watchtower.

Built in mid-16th century, this shrine was erected as a sign of devotion to the Virgin Mary, who had appeared to a young crippled shepherd who was healed by the apparition. Among the splendid masterpieces of the church are a painting by Moretto dedicated to St. Antonio Abate, the 17th century wooden decoration above the altar, and the sophisticated engravings of the choir and the organ case. The shrine is still today a pilgrimage site. A very important example of industrial archaeology in the heart of Sabbia Valley, it’s a symbol of the economic activity that for centuries was crucial for this area. Indeed, until mid-19th century, the iron extracted in the Trompia Valley mines was brought here for the first processing stages. At the beginning of the 21st century, excavations brought to light a good portion of the original structure, which experts consider a key to the development of the metallurgical processes that are still today at the basis of Brescia’s industrial strength. Built near the Tovere stream at 620 m above sea level, the furnace can be reached on foot through the mule track descending from Livemmo.

Surrounded by nature and silent mountains, this small church is among the best known in this area. Visitors will enjoy its peaceful, quiet atmosphere. The current single-nave gable structure is an expression of typical 15th century Lombardy Gothic style. The evocative monument by the church is dedicated to the fallen during the Resistance movement in Sabbia Valley. A true testament to the history of the community, the museum’s collection focuses on the Resistance movement and the agricultural and mountain traditions of these places. The first collection is composed of works by painter and sculptor Dimitrije Paramendic, who donated them to the Municipality as a sign of gratitude for its imprisonment and successive escape from the Vestone army prison (1943). Over the years, the museum received several gifts from former local Partigiani (Resistance soldiers) like arms, war mementos, everyday objects, flags, paintings of local Resistance events, and 5 binders with the entire original documentation of the “Giorgio Perlasca” Fiamme Verdi Brigade. The museum also contains locally crafted artifacts, old farmer tools, household items, photographs, and clothes given by residents which constitute the section dedicated to culture and folk lore.

A monumental structure, the intriguing Rocca d’Anfo is probably the best known attraction in Lake Idro. Built in the 15th century and perched over the lake in an exceptional panoramic position, today it still stands in its magnificence as a custodian of the stories and secrets of these buildings. Built as a military fortification and redesigned several times, it is composed of a combination of batteries, barracks, and towers surrounded by imposing Venetian ramparts which are a reminder of the strategic defensive purpose of the complex. After being neglected for decades, in the last few years the Rocca has been the object of intense restoration activities thanks to which it is now accessible to the public through guided tours or evocative night excursions. Currently, there are three itineraries to choose from. The museum containing wartime artifacts is very interesting.

A popular destination among hikers, Forte di Cima Ora (1,539 m of altitude) was built at the beginning of World War I as fortification and strategic emplacement for cannons. The cannon emplacement is still visible today. The fort is not in use and has been completely abandoned, but it offers a stunning view of the surrounding mountains and Lake Idro up to Ponte Caffaro. A treasure trove of artistic works of art by the most renowned Italian painters: Palma the Young, Titian, Tintoretto. And also Camillo Rama, Andrea Celesti, Francesco Torbido, Pietro Mera. Built on a rocky formation which highlights its magnificence, the parish church of Bagolino is imposing on the outside and impressive on the inside, for the large number of works showing the grandeur of Bagolino. Third in size among the churches in the province of Brescia, it is nicknamed the “Mountain Cathedral”. “Habitar in sta terra” is a project aimed at promoting the artistic, historic, and natural value of Bagolino. The namesake association is leading this effort. The collection is on display on the first floor of the school and includes objects and tools which narrate the traditions and specific characteristics of local culture. The House-Museum is located in the heart of Bagolino and is a typical example of local tradutional house. Hosted in one of Valvestino’s traditional thatched roof barns, main attraction of this beautiful plateau, the museum is one excellent example of promotion of local traditions. There are three sections: barn, cowshed, and house, with furniture, local cultural artifacts, and tools for home-made crafts, dairy production, and farming. Upon reservation, it is possible to stay at one of Cima Rest barns for an unforgettable holiday in the nature. 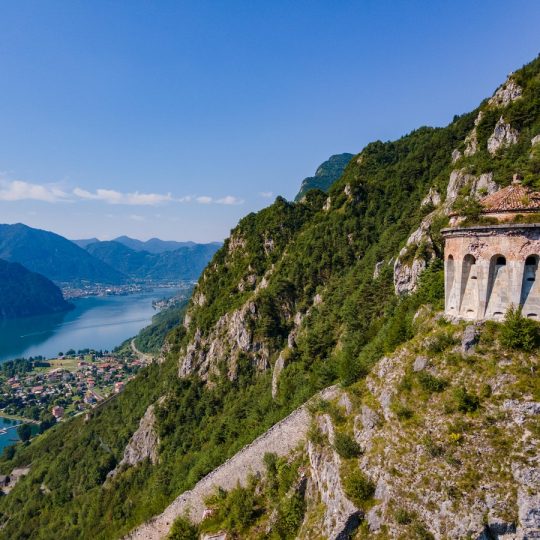 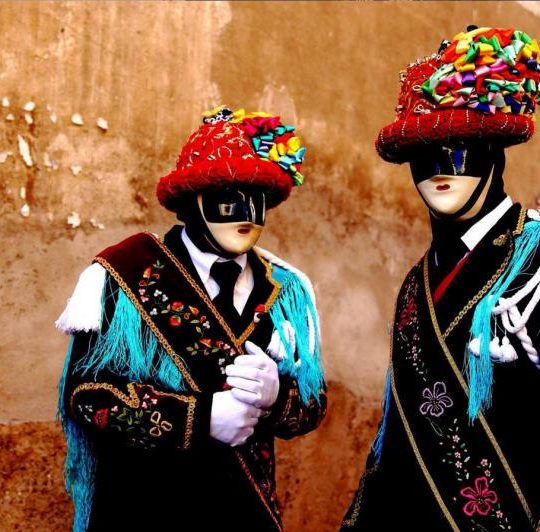 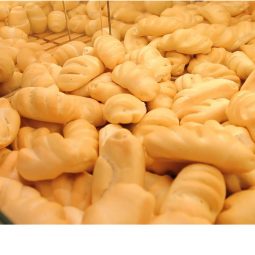 Kneading and raising: the aroma of bread 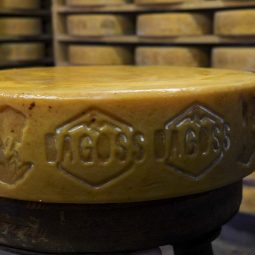