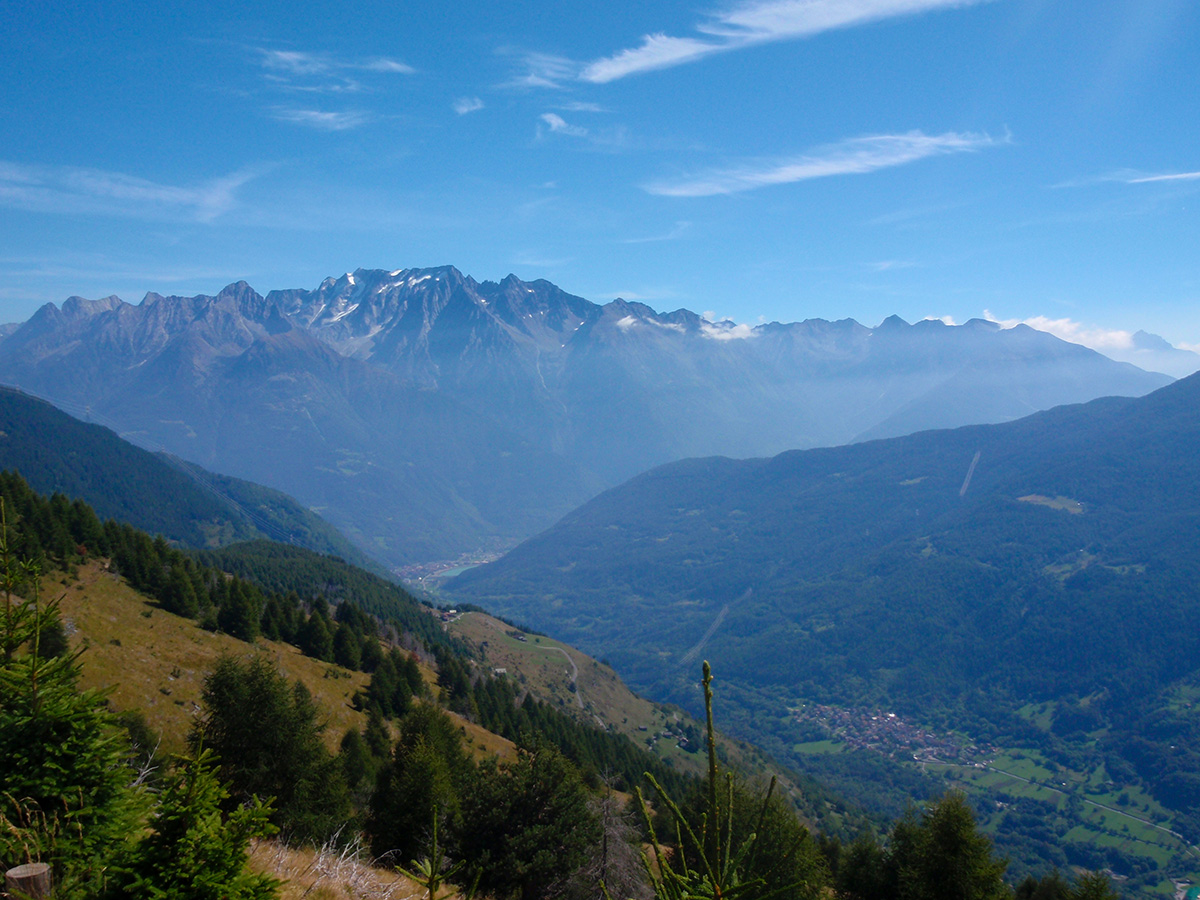 Between Valle Camonica and Valtellina

Between Valle Camonica and Valtellina

Several Giro d’Italia stages have run from Valle Camonica to Valtellina. Between Edolo and Tirano, the dividing ridge between the Oglio river basin to the southeast and the Adda river basin to the northwest is crossed, for a long stretch, by a high-altitude road which offers unobstructed views. In the months when the snow does not block the transit, this road is ideally suited for cycling and is the central part of this route, which is recommended for well-trained bikers. The departure is from the railway station of Edolo, where you head north on Viale Derna until you turn left onto the road which leads to Passo Aprica. After almost fifteen kilometres, at the beginning of the village of Aprica, you turn right following the sign for Trivigno. The slope becomes more sustained until the first series of hairpin turns is passed, then it is milder in the stretch that flanks the area of Pian di Gembro peat bog.

Pass the detour for Stazzona on the left and you will immediately find a short steep stretch. The direction to follow is Passo del Mortirolo; you find another steep stretch and then you see the small church of Trivigno among the meadows.

Further effort is required to overcome the half kilometre of road which follows, after which you resume pedalling on a slight slope admiring a beautiful view towards Valli di Sant’Antonio near Corteno Golgi.

The road reaches Lake Lagazzuolo and Passo di Guspessa, which is followed by a section of ascending hairpin turns,

and then a pleasant section which leads to Passo del Mortirolo. Here begins the long descent; you pass the village of Monno and when you see the sign for the church of San Brizio, turn right and follow a stretch of paved road which goes across the Mortirolo torrent, then ride on dirt for a short distance. Afterwards, continue on a mid-mountain trail among some cabins. You cycle until you find the asphalt and you go left downhill on the road to Mola. At the fork for Aprica, continue on the left for Edolo and you are back at the station.