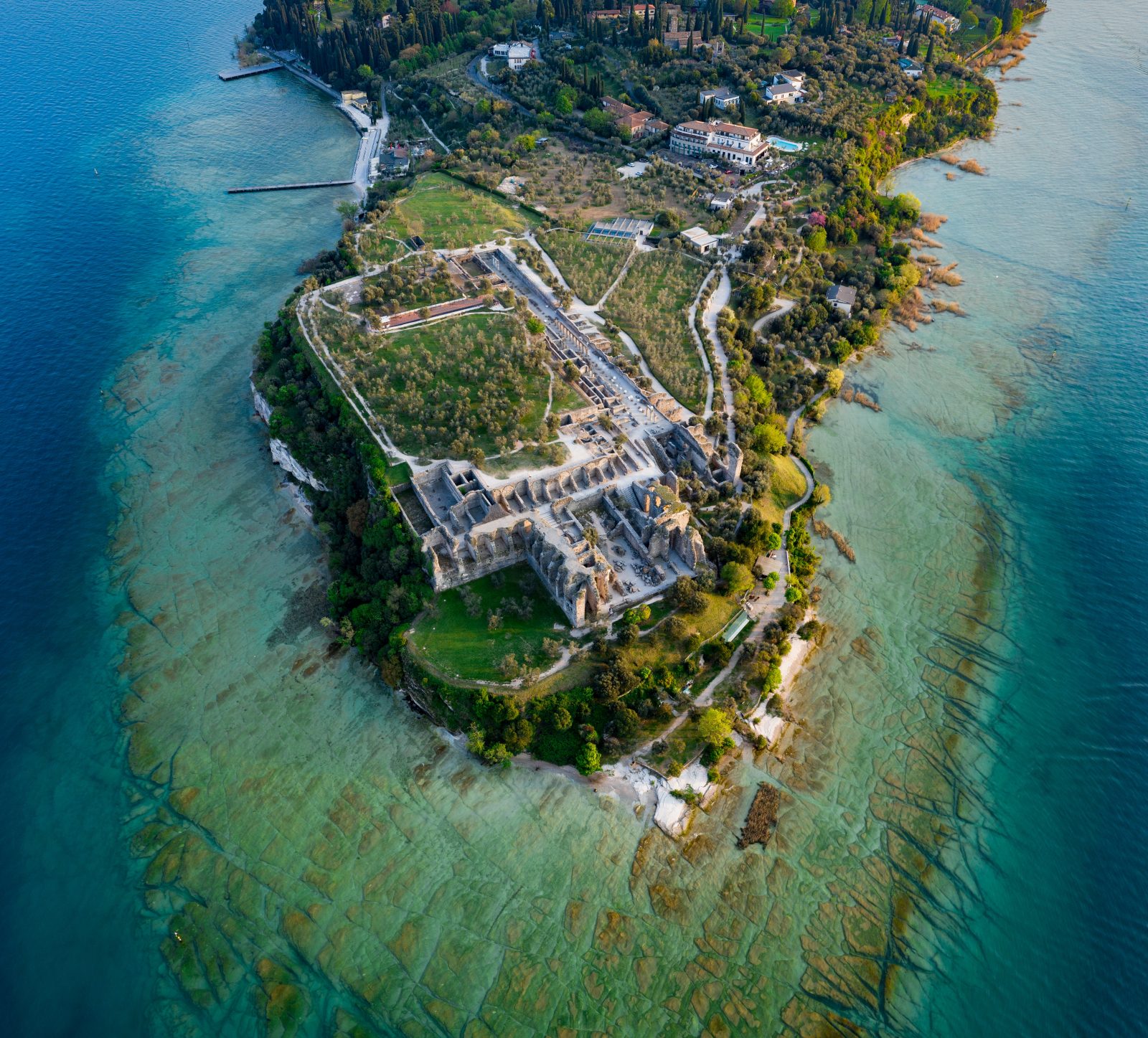 Sirmione is one of lower Lake Garda’s most loved towns by tourists. Its unique geographic shape, a peninsula, and renowned attractions like Scaligero Castle and Aquaria thermal spa contribute to the unparalleled beauty of this town, which is able to look at the future while preserving the beauties of its past.

Among the most visited archaeological sites in Italy year after year, Catullus grottoes are located in a breathtaking panoramic spot in Sirmione.

Catullus grottoes: a precious example of Roman villa in Sirmione

The archaeological complex called Grotte di Catullo includes the remains of an imposing Roman villa built between the 1st century B.C. and the 1st century A.D. It is the most important example of this kind of contruction in the whole northern Italy. Its name comes from famous poet Gaius Valerius Catullus, who praised Sirmione by describing it as a small lake jewel.

The ancient villa had multiple floors, numerous porches, terraces overlooking the lake, and a spa. After being abandoned in the 3rd century A.D., it was used for military and defensive purposes. Still today, this complex covering a total of 2 hectares retains its magnificence. Several artifacts are still buried underground.

The Archaeological Museum of Sirmione by the villa was opened in 1999.

Catullus grottoes: how to reach the archaeological area

The archaeological area is in an incredible location: set at the tip of the Sirmione peninsula, it is surrounded by the lake’s light blue waters and the famous Jamaica beach, an uncontaminated place made by sheets of rock and accessible only on foot or by boat. Catullus Grottoes are only accessible to pedestrians through a short stroll along the old centre’s alleys and past Aquaria Thermal Spa. The site is open year-round.