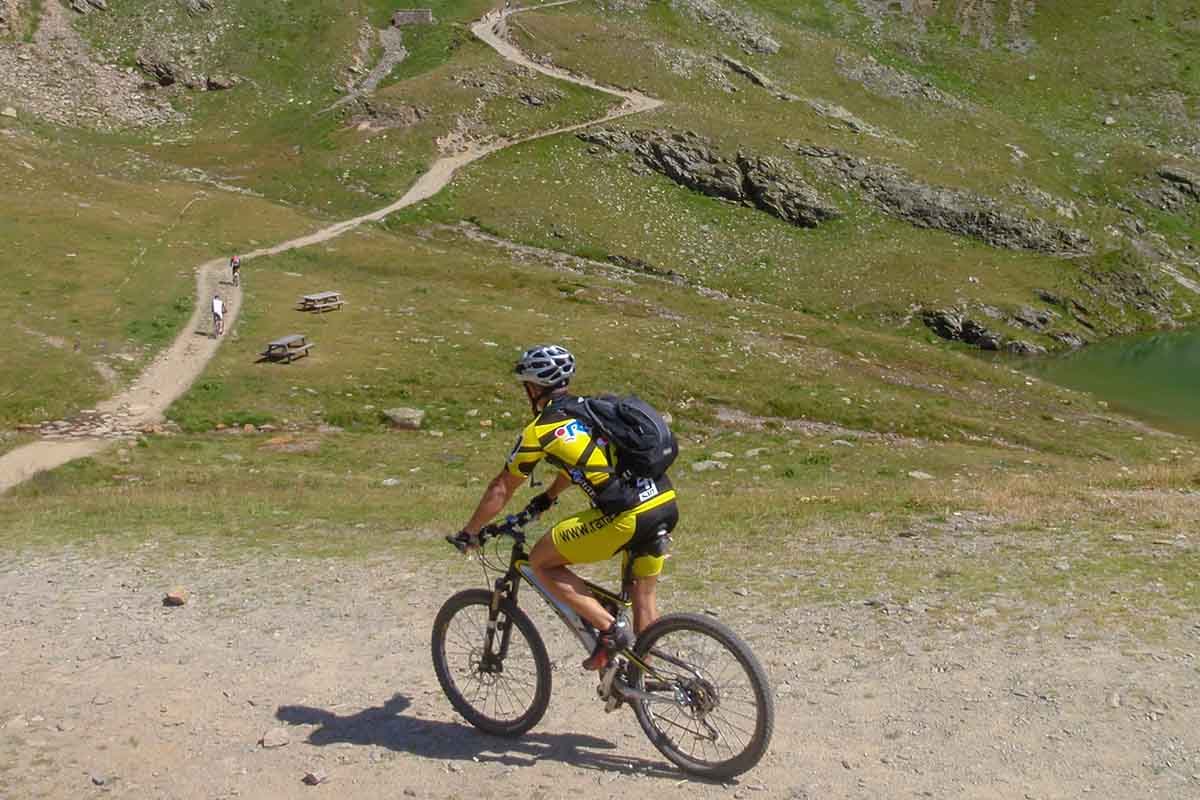 Rifugio Bozzi hut in Valle di Viso is one of themost popular excursion destinations in the entire Valle Camonica. Bikers can reach it through the beautiful military road which starts in Case di Viso: an itinerary which will give you full gratification for its characteristics and setting. From the northern part of Ponte di Legno, where you can park near the fork for Zoanno, start pedalling on the road to Passo Gavia, pass the confluence of Oglio Frigidolfo (which comes from Valle delle Messi) and Oglio Arcanello (which descends from Valle di Viso), and a little further on, turn right at the indication for the village of Pezzo. At the following fork, follow the road to the left towards Case di Viso. The road narrows as you pass above Pezzo and along the edge of the forest; despite some steep portions, the route is still easy (average incline 7 percent) and leads to a pleasant setting of meadows and pastures where you can observe deer and roe deer, until Case di Viso. This cluster of cabins has maintained a homogeneous appearance thanks to the choice to preserve the traditional architectural elements, with wood and stone well in sight.

After a couple of hairpin turns, the road reaches a large picnic area (Pra del Rum) in Stelvio National Park, with small lake Lago di Viso nearby. From here, you will need to step up you game to gain altitude on the series of turns on the ascending dirt road, which have a fairly consistent slope. The point of arrival is represented by the hut dedicated to the memory of Angelino Bozzi, an aspiring officer who was killed on nearby Torrione di Albiolo mountain in 1915. Around you, you can observe the remains of trenches and buildings of a military village restored by the Alpini, who converted one into a museum.

For the descent, you return to Case di Viso where you take the dirt road called “Tonalina” on the left, in the lower part of the village. First in the open and then inside the woods, you go downhill until you merge onto the fourth turn of the road to Passo Tonale. Turn right on this road and descend to Ponte di Legno.