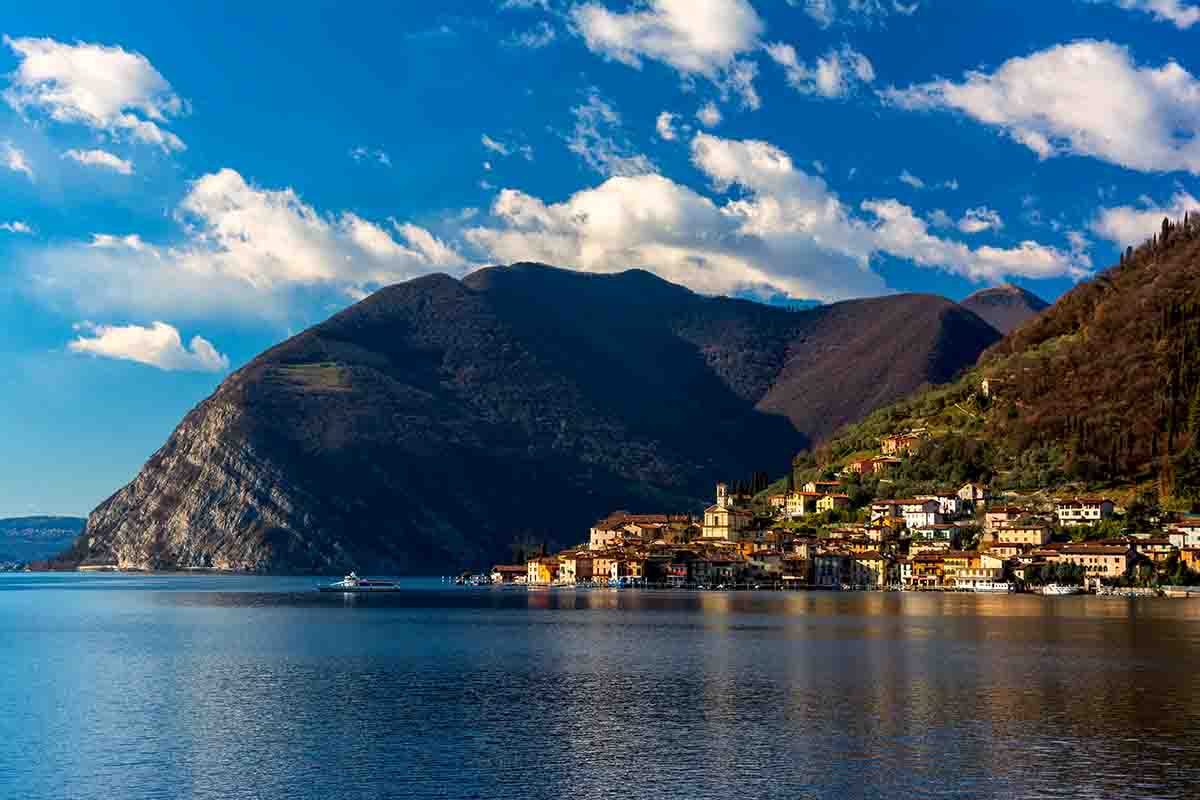 Monte Isola, surrounded by the lake

Monte Isola, surrounded by the lake

There is a happy island awaiting bikers, surrounded by Lake Iseo and characterized by a rather tall mountain, a place where car traffic is almost non-existent and bicycles are the preferred means to get around.

You access the island by ferry from Sulzano (you can take your bicycle on board). The short ride to Peschiera Maraglio will give you a pleasant feeling of tranquility.

One of the main options for cyclists is indicated for those who are well-trained and can engage in the ascent to the summit, while the other option is for those who wish to pedal with less effort along the island perimeter.

Both routes have the first stretch in common: a flat coastal road overlooking the islet of San Paolo which reaches Sensole and then, slightly uphill, Menzino. Immediately after this village, at the church of San Carlo, you arrive at the fork with the indication for the Shrine of Madonna della Ceriola. If you want to reach the top of the island, turn right and engage in a climb of increasing difficulty: first, six hundred tiring metres to reach Senzano, then over one kilometre with peak inclines of 18 percent in the stretch that connects Senzano to Cure, the highest village. The white church of Cure seems close enough, but to get there you have to overcome a steep paved stretch among chestnut trees followed by a dirt road that passes right of the Via Crucis installation, on steep slope. The view from the terrace of the shrine repays you of your effort. To return, descend towards Cure and then Masse, Olzano, and Siviano, where you get back on the circular route at the bottom and head towards Carzano. The perimeter of the island is easier. From Menzino, you continue towards Siviano and reach the highest point of the circular route near Sinchignano. You proceed downhill from Siviano to Carzano in view of the islet of Loreto, then take the long flat road which leads to Peschiera Maraglio.