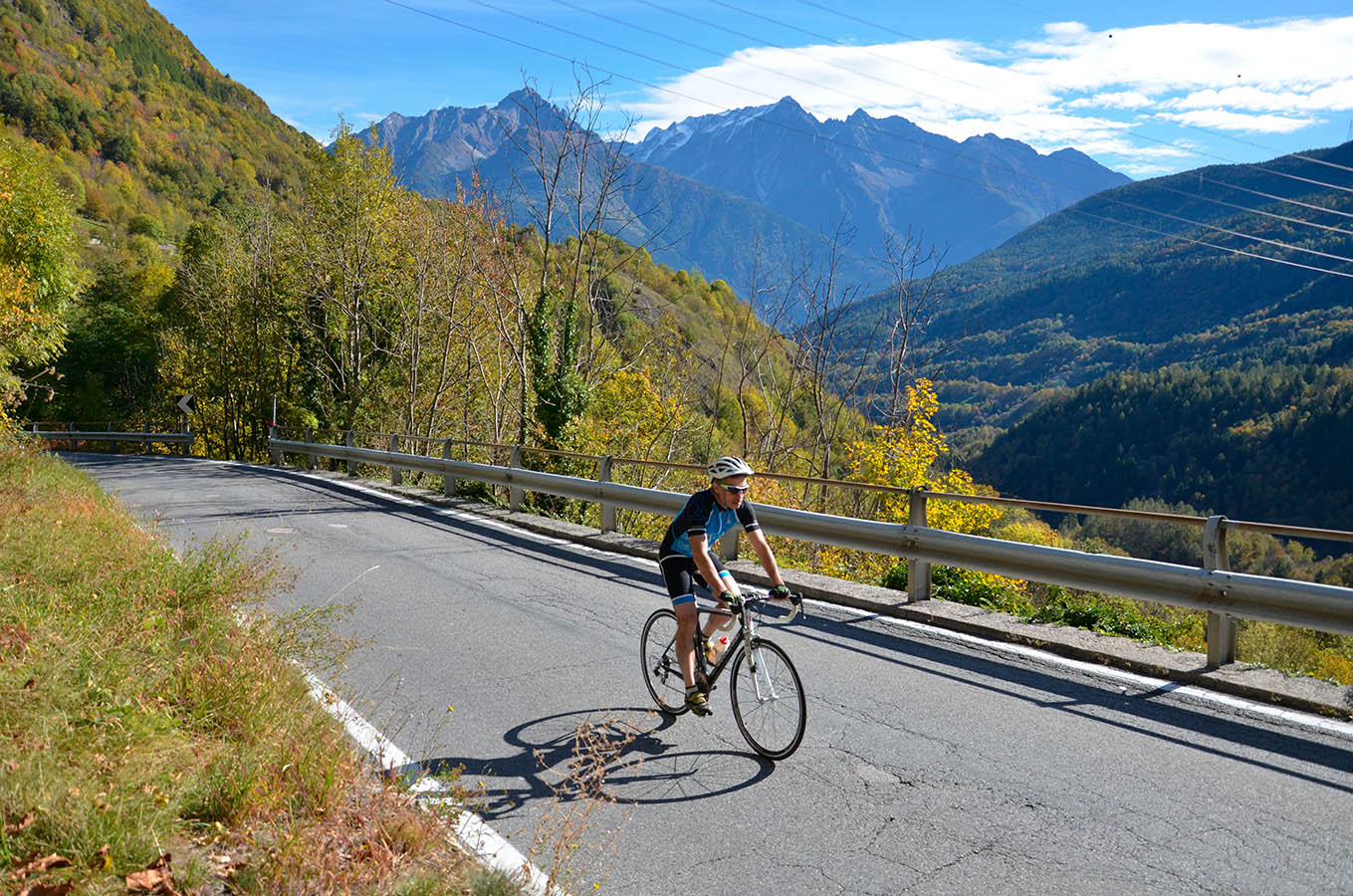 One of the best known passes in Valle Camnica, connecting the village of Edolo to Passo Aprica.  The notoriety of this pass among cyclists is due to its many inclusions in Giro d’Italia, which has used the pass on several occasions both as stage finish and as a means to move the peloton between Valtellina and Valle Camonica and lead athletes to more challenging climbs in this area of the Alps, in particular Gavia, Mortirolo, and Stelvio. Ascending from Edolo along State Road 39 is not particularly worrisome. Indeed, the average slope is just over 3 percent and the maximum is around 7 percent, therefore moderate training is enough to cover the full distance at an average speed of around 20 kilometres per hour. The departure can be the southern edge of the village of Edolo, where it is easy to park in the large lots near Università della Montagna. Hop on the saddle in the square which serves as access to the railway station, follow Viale Derna, and climb between the houses heading north for a few hundred metres, until you get to the state road. Turn left. The road continues westwards in Valle dell’Ogliolo, passes the fork for Vico, crosses Cortenedolo, and then passes by the forks for Lombro and Megno in the municipality of Corteno Golgi. After the access bridge to the centre of Corteno, you are about halfway up the slope: you pedal for a few hundred metres in the tunnel and then, with the floor of Valle di Sant’Antonio on your left (the fork is marked and is by a sawmill), you face a couple of kilometres on a more sustained slope. The paved road presents some narrower stretches in the following part and continues through the woods to reach the centre of Aprica by means of a last long straight stretch.

It is possible to reach Aprica from Edolo also through the road that passes from Santicolo, which has an incline reaching 10 percent in some sections.

Point of departure: Edolo, Via Sora south of the station, altitude 667m