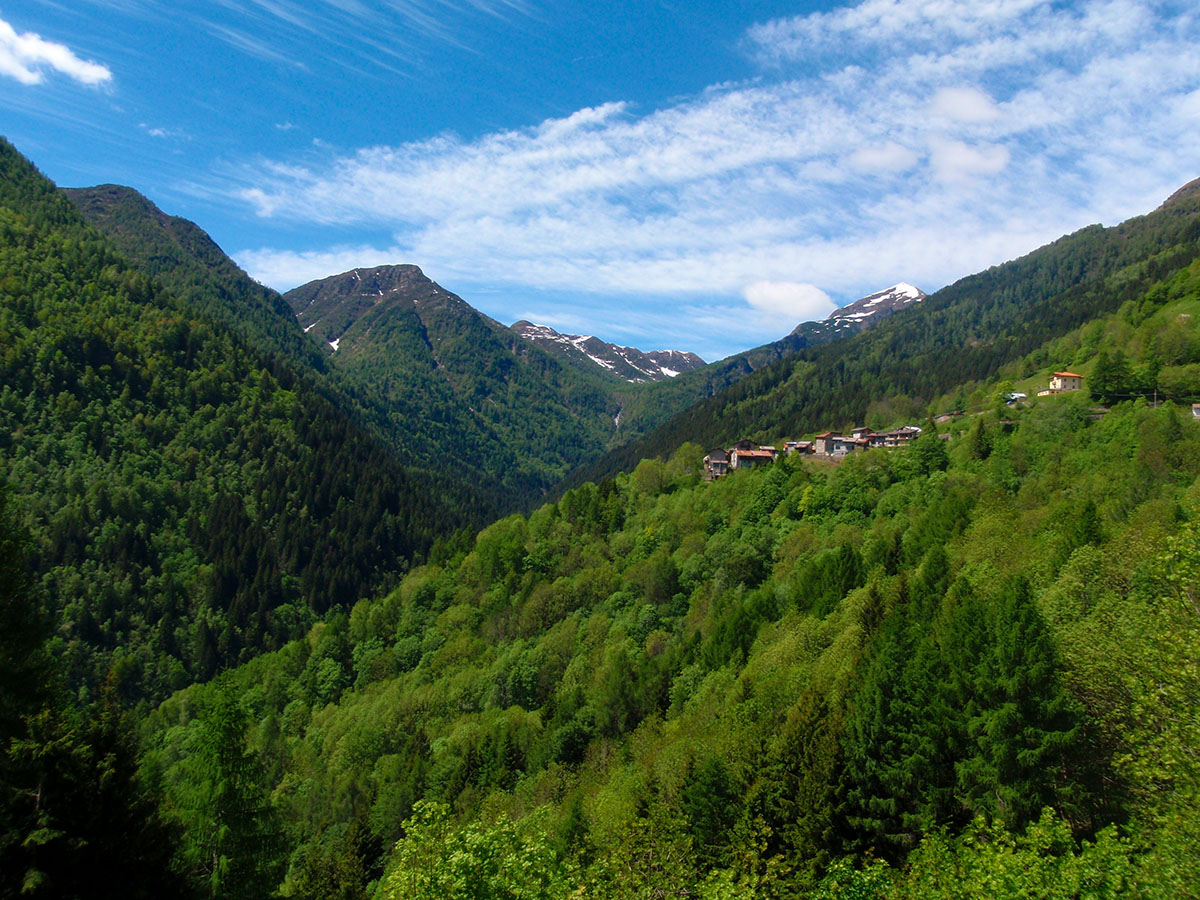 Giro d’Italia has passed a few times from Passo del Vivione, the pass in Valle Camonica which connects the Bergamo and Brescia sides of the Orobie Mountains. Ascending from the Valle Camonica side is challenging, with an average slope close to 7 percent and the maximum slope approaching 11 percent. The road winds in an area characterized by forests, pastures, old abandoned mines, and streams with crystalline waters. The track was built by the army: a characteristic granite stone marker is located at the beginning of the road and two more follow before reaching the pass with the indication of progressive kilometres 79 and 80. The starting point is located in Forno Allione, a village in the municipality of Berzo Demo located along the road running along the bottom of Valle Camonica. At the beginning, the climb develops on a fairly wide roadway through the meadows, passes the fork for Malonno and the educational chestnut wood in Plas, and continues on slopes which can be attacked without too much effort until Paisco. In this small town, you pass on the right of the municipal building and on the left of the alpine botanical garden. You can catch your breath in the following section, which has less incline. After passing the bed of the stream in Valle di Scala, there is a short steep section near the fork for Grumello and Loveno. In the vicinity of the barrier, the road flanks some wooden sculptures; it narrows and requires sustained effort for a few kilometres. Around the fifteenth kilometre, you can admire the Pizzolo waterfall on the right but bring your concentration right back to your pedals because the final section of the climb is still hard