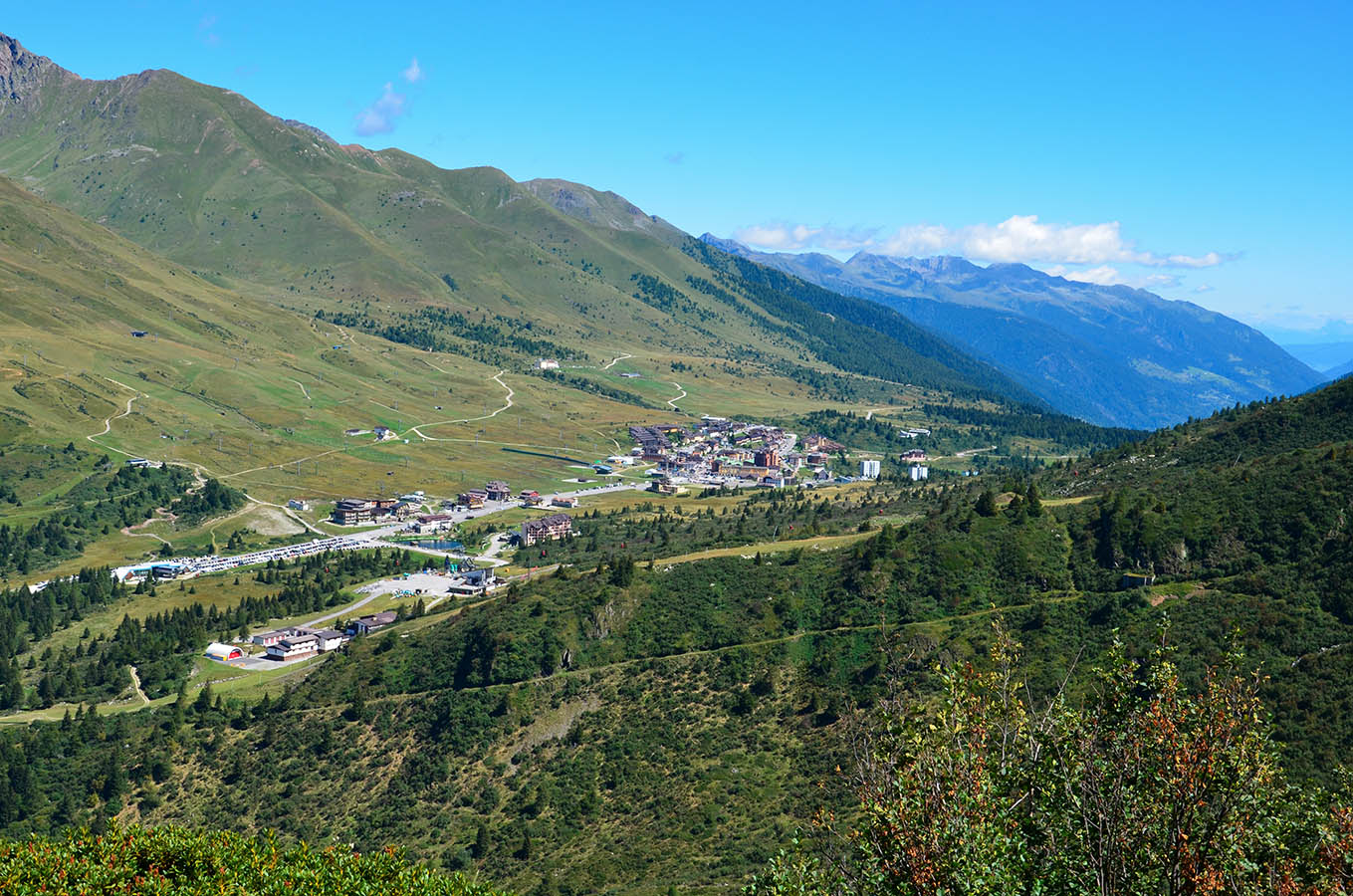 The pass which connects upper Valle Camonica to Val di Sole in Trentino is today a place full of leisure opportunities, especially winter and summer sports.

The slopes of the mountains surrounding Passo Tonale also have historical significance for the events dating back to the period of the Great War; due to the harsh environmental conditions in which the soldiers of the opposing sides operated, it was called the White War. The road which connects Ponte di Legno to Passo Tonale has repeatedly seen the peloton of Giro d’Italia race in both directions to face the climbs to Mortirolo, Gavia, and Stelvio. Moderate effort is required to reach Tonale from Ponte di Legno, considered the tourist capital of upper Valle Camonica. The average slope is 6 percent, with peaks under 9 percent. These characteristics make it possible to divide your concentration between the pedals and the variety of landscapes around you.

The start of the ascent takes place from the southern area of Ponte di Legno where, on the side of the state road, large lots are available for parking. The first turns of the pedals lead to a wide turn to the left at the entrance of Val Sozzine: the real ascent begins here. After a short distance, you reach the fork for Passo Gavia; continue right and at the third hairpin turn, where the road which enters Valle di Pezzo starts, the state road begins to run by the foot of the slope which joins Cima Le Sorti with Cima di Cadì. In the areas where the tree canopy thins out you can take a look at Val Narcanello, and further up at the rocky peaks of the Castellaccio mountain system. The coloured arrows indicate the intersections with some mountain bike routes created by Adamello Ski Consortium within the Adamello Bike Arena project.

As you ascend, the vegetation becomes less dense. You pass next to the former Casa Cantoniera (maintenance man house) from which there are less than two kilometres to your destination. The pass is preceded by the departure of the Paradiso cable car and the military Memorial.

Point of departure: Ponte di Legno, intersection between via Nazionale and via Corno d’Aola, altitude 1252 m