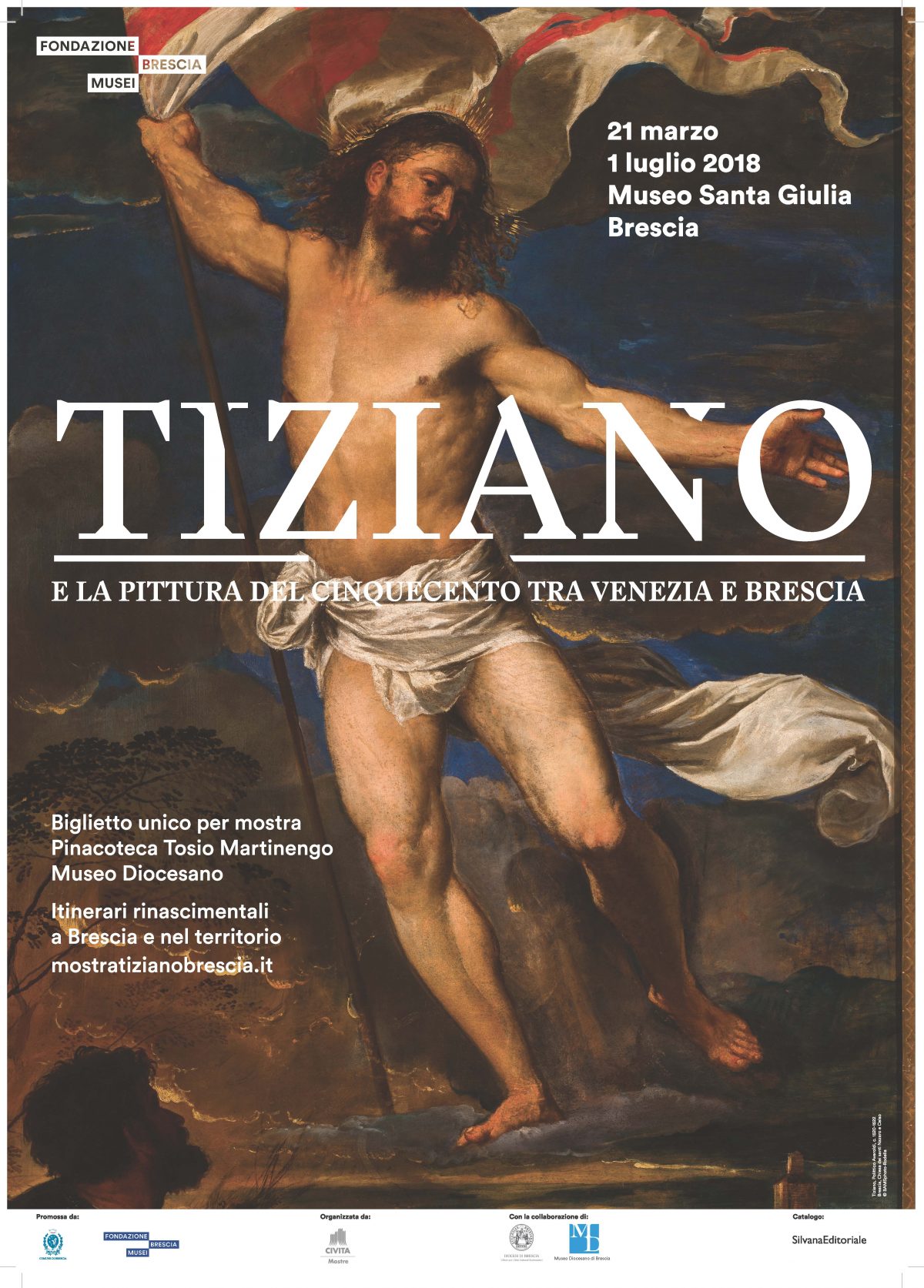 The Titian Exhibition and the 16th century painting

The Titian Exhibition and the 16th century painting

From 21st March to 1st July 2018 Santa Giulia Museum will host the exhibition “Titian and the 16th- century painting from Venice and Brescia”: The aim of this journey through these Renaissance masterpieces is to highlight Titian’s influence on artists from Brescia. Furthermore, it will be a great opportunity to explore Brescia for the weekend.

Although Titian is the protagonist, the exhibition will also include painters from Brescia, such as Romanino, Moretto, Savoldo, Pitocchetto and Vincenzo Foppa influenced by him. As a matter of fact, Titian’s style as well as his subjects (e.g. the Holy Conversation, prayers, portraits, contemplation of holiness and the importance of colours) deeply influenced Art in Brescia.

Titian, who belonged to the Venetian School of the Renaissance, played a major role in Brescia through many of his works. One of these is the Averoldi Polyptych in the church of Saint Nazaro and Saint Celso, which will be on display thanks to a sophisticated multimedia system. Other important works are:

The “Allegories of Brescia” paintings, which unfortunately were destroyed by a fire, which broke out in the “Salone della Loggia” in 1575.
Another section of the exhibition will focus on the Post-Titian period in Brescia, including representatives of Venetian Mannerism, such as Paolo Veronese and Francesco Bassano.

At the same time there will be the inauguration of the Pinacoteca (picture gallery) “Tosio Martinengo”, and it will be possible to visit both the Santa Giulia Museum and the Pinacoteca with a single ticket until 1st July, the last day of the exhibition.

Last admission is possible one hour before the closing of the exhibition.

The audio guides for the exhibition are included in the ticket price.
Learn more on www.bresciamusei.com