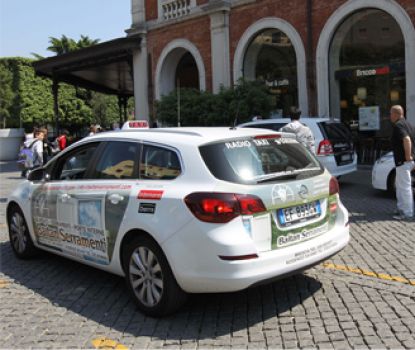 Getting around Brescia by taxi

How to call a taxi in Brescia

As you exit the train station, head towards the taxi standing area. If you are in other parts of the city, you can call the number indicated above or wave at the first taxi you see. It is also possible to call a taxi through the smartphone app itTaxi, downloadable for free on Android and iPhone (no increase in taxi fares).