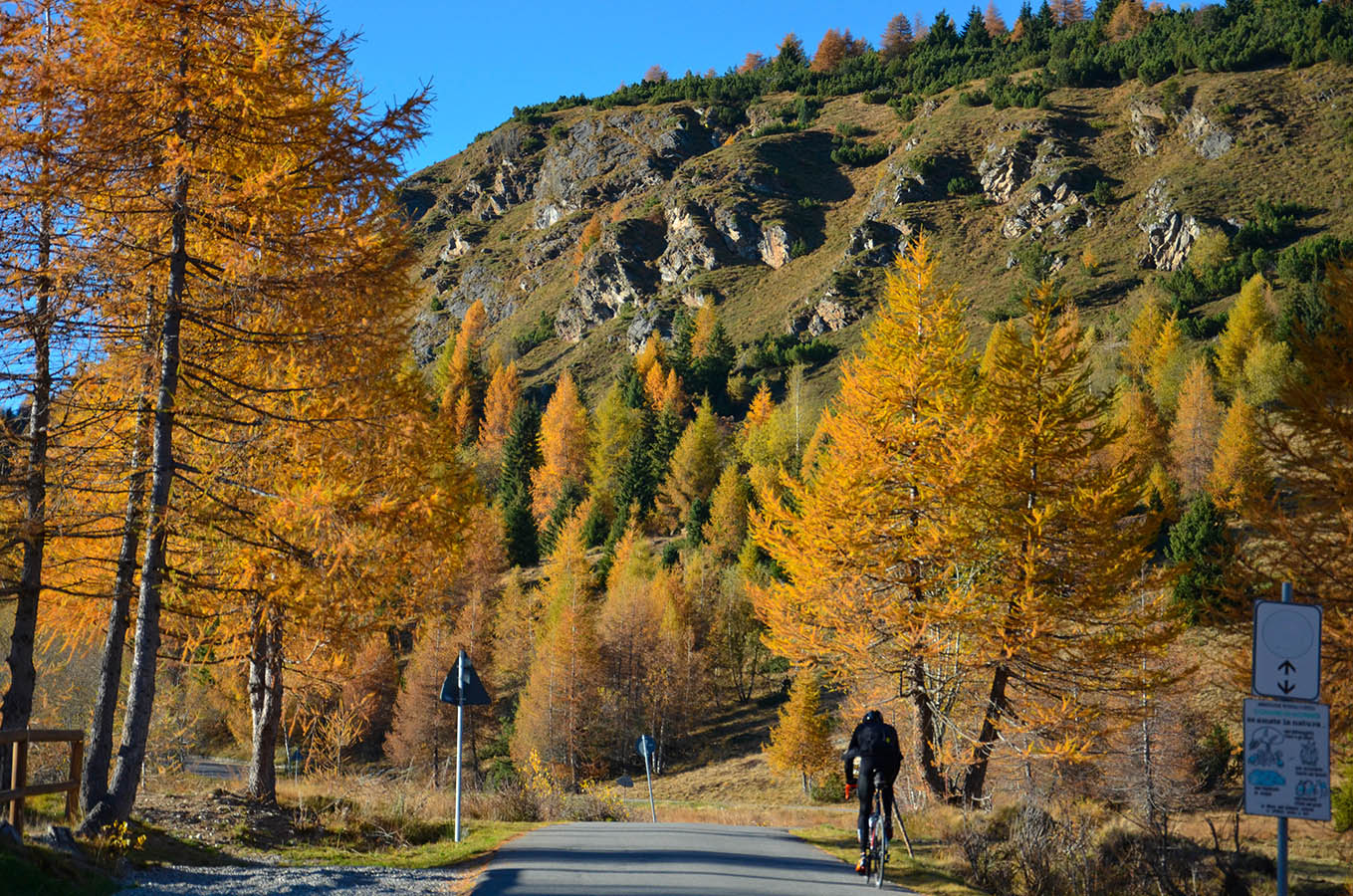 One of the most evocative names for hard bicycle rides is “Mortirolo”. Indeed, the ascent which leads to this pass from the Valtellina side is an extremely selective testing ground for all cyclists, who prepare meticulously to face it. Tired but satisfied, the cyclists who make it to the top encounter a relaxing environment. This is also the administrative limit between the provinces of Brescia and Sondrio. You can reach Passo del Mortirolo with its pastures and conifer woods, as well as Passo della Foppa which represents the highest point of the road, also from Valle Camonica, following a less challenging route which is very appreciated for the quality of the surrounding landscape. The average slope is slightly less than 8 percent and the maximum is 14 percent; the portion which requires the most effort is in the final part.

You reach the fork for Monno along Tonale state road; there is space to park the car just after the fork. You warm up your legs riding along the stretch which leads to Monno and continue by facing two steep stretches in quick succession upon leaving the village. At the first hairpin turn to the right after the village, you pass the fork for the old mule track to the pass; after a second fork the road makes a long arch and then continues parallel to the floor of the Mortirolo valley. In the sections where the wood becomes less dense, there is space for characteristic cabins and meadows. After passing “Le Olte” (there are signs indicating the locations encountered) there is an easier stretch where you can rest your legs. From Palù bridge, the slope increases significantly and sustained effort is required to overcome a series of close hairpin turns. The passage next to the church of San Giacomo means that you have already covered a good distance, but you still have to keep pushing for one and a half kilometres. A few hundred metres after you pass the deviation for Pianaccio, you cross the road which comes from Trivigno, and immediately after this fork you reach Passo della Foppa. Here, the memory of the incredible athletic achievements of Franco Chioccioli, Marco Pantani, and thousands of other cyclists is still alive.