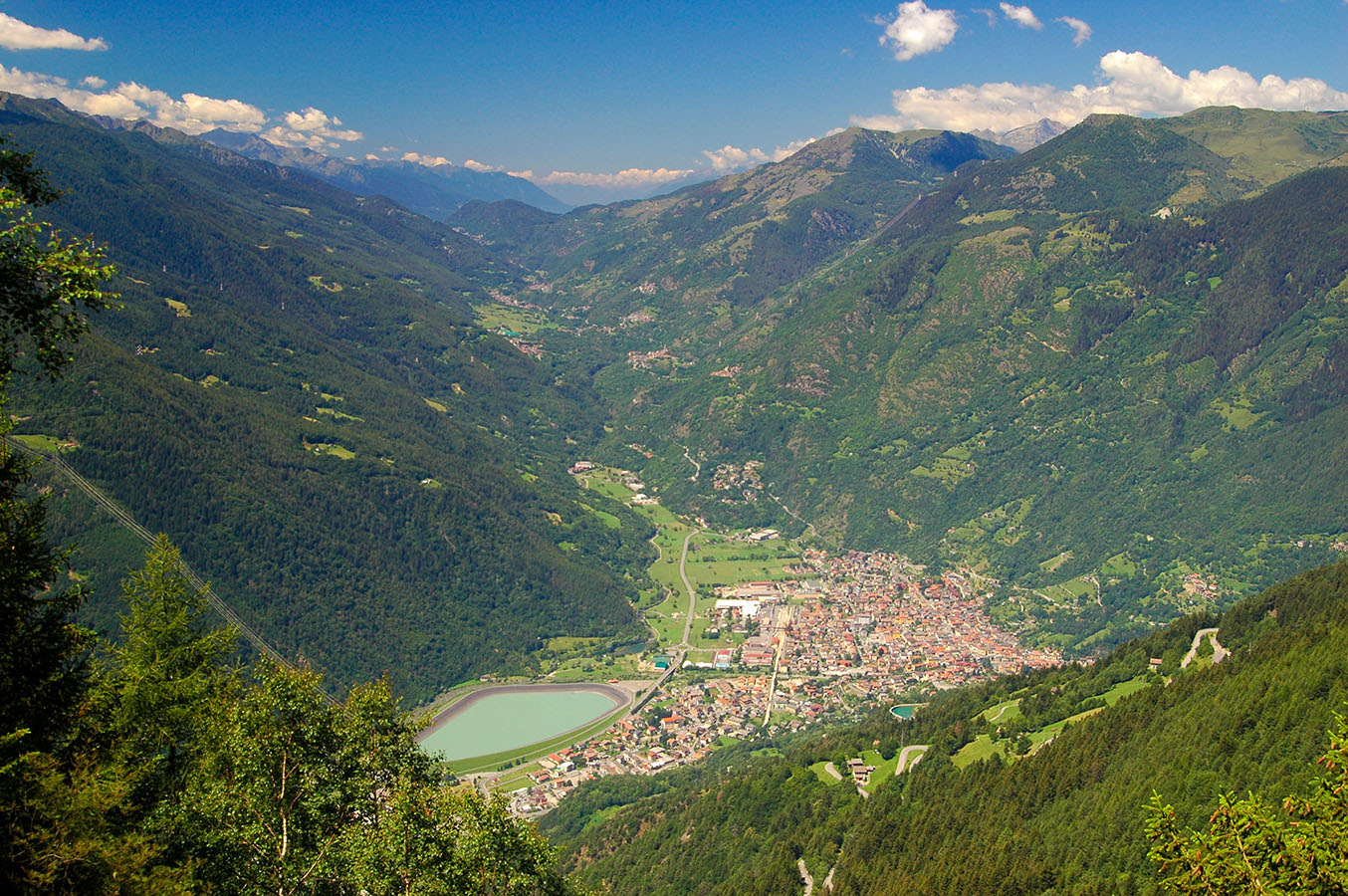 From Edolo to Monte Colmo

From Edolo to Monte Colmo

In Edolo, near the fork for Passo Aprica and Passo Tonale, there are some less well-known, less crowded, and often rather demanding climbs in the woods. One of these develops along the asphalt road which connects Edolo to Monte Colmo. On the slopes of this mountain, between the municipality of Edolo and Sonico, lie the well-visible pressure pipes for water which feeds the large hydroelectric power plant built in the belly of the mountain, a prodigy of tech- nology which can also be visited.

A panoramic road with little traffic allows you to reach the area above the pipes and offers the possibility, to the most well-trained cyclists, to cover a difference in height of more than one thousand metres. It’s a climb for well-trained cyclists because the average slope is higher than 9 percent with peaks around 12 percent. The point of depar- ture is in Edolo near the level crossing, at the intersection between Tonale state road and Via Monte Colmo (if necessary, you can follow the signs for Malga Stain cowshed which will take you almost to the end of the climb).

The first eight hundred metres run smoothly, then the road starts winding and the slope increases, always remai- ning above 10 percent for more than four kilometres. After the seventh kilometre, you enter the second part of the climb approaching the pressure pipes. A couple of kilometres later, when you attack a right hairpin turn flanked by the picnic area of Adamello Park in Pozzolo, you

are less than three kilometres away from your destination. At the next hairpin turn, the path to Malga Stain begins, to which follow two short tunnels in quick succession. Just outside of the second tunnel, you find yourself

in a small flat area where you catch your breath while admiring a vast panorama which includes Edolo and the valley lea- ding to Corteno Golgi and Passo dell’Apri- ca, Monno and Valle del Mortirolo, high Valle Camonica, and the road to Passo del Tonale.