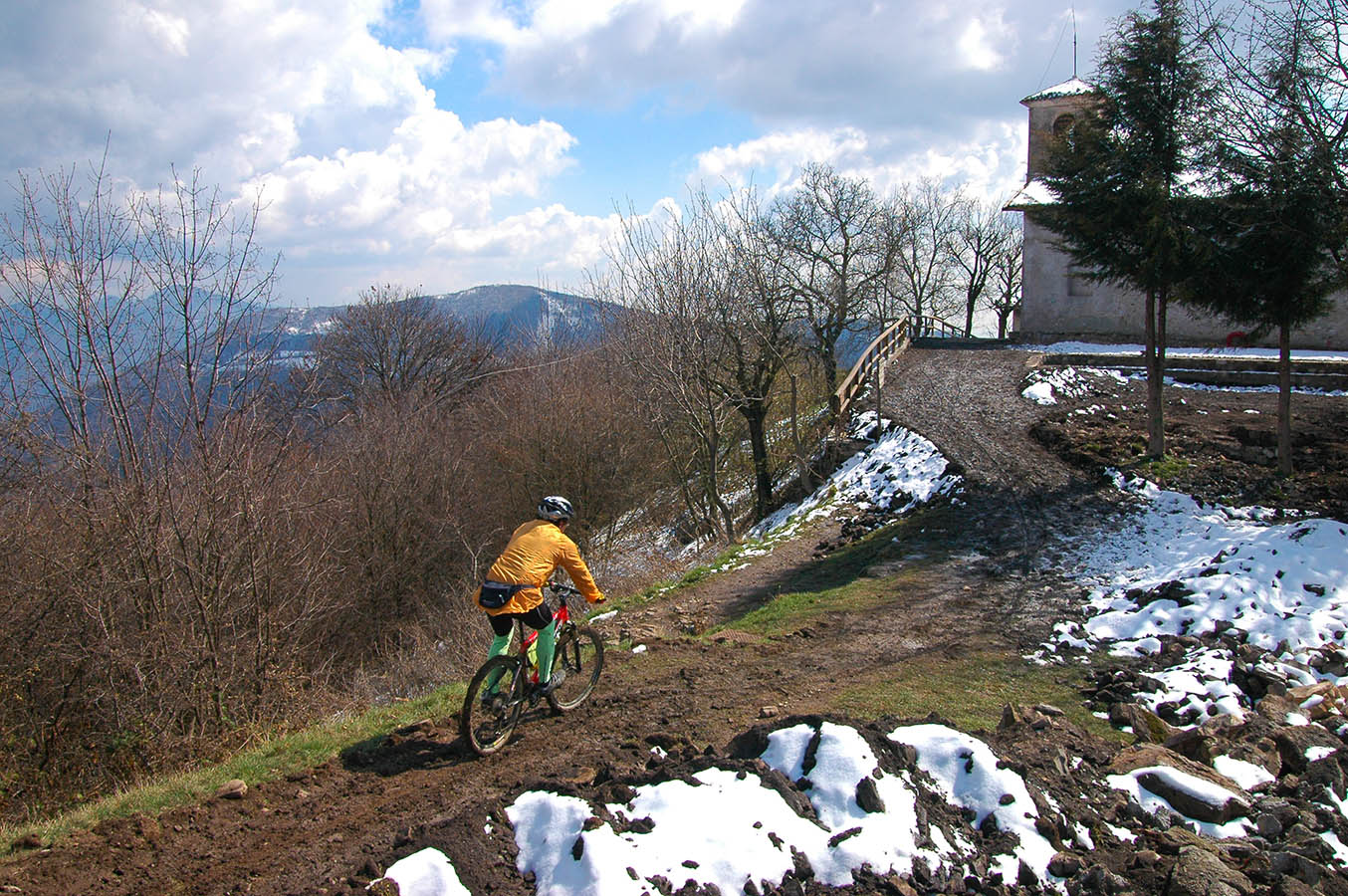 The mountains of southern Lake Iseo hide a considerably challenging climb for cyclists: it follows the road which leads from Sulzano to the Shrine of Santa Maria del Giogo, has an average slope of 11 percent, and some stretches higher than 20.

The shrine is located at a pass which has been used for centuries and from where you can admire a beautiful view of Lake Iseo and sometimes, in the clearest days, even see up to Monte Rosa. You can start almost at the centre of Iseo (Via Roma); you pedal through the town towards the Covelo roundabout, and from here on go left towards Pisogne. When you reach Sulzano, leave the coastal road and turn right following the sign for Nistisino and Santa Maria del Giogo. As soon as the next level crossing is passed, the slope of the road increases significantly and remains sustained for the next three kilometres, presenting only a few short stretches with a milder incline. Turn left at the fork for San Fermo; one hundred metres further you pass under the provincial road to Valle Camonica. After less than three kilometres, there is a fork where you continue left towards Santa Maria del Giogo: the slope diminishes but the climb still requires sustained effort. The narrow road now passes by some meadows at the edge of a forest and then enters between the trees. Less than two kilometres from your destination there is a beautiful panoramic spot with unobstructed view of the Nistisino area and the lake. Afterwards, the remainder of the road – about one kilometre – is easier and will end at an opening. To reach the shrine, you will alternate riding your mountain bike and having to push in by hand. Descend past the Alpini building and continue on a dirt road to a nearby fork where you take the path for Polaveno on the left. The track goes down until you pass a barrier, continues right, and merges onto the road to Nistisino where it turns left, eventually reaching the road which connects Polaveno to Iseo. Turn right on this road and go downhill to return to the centre of Iseo.