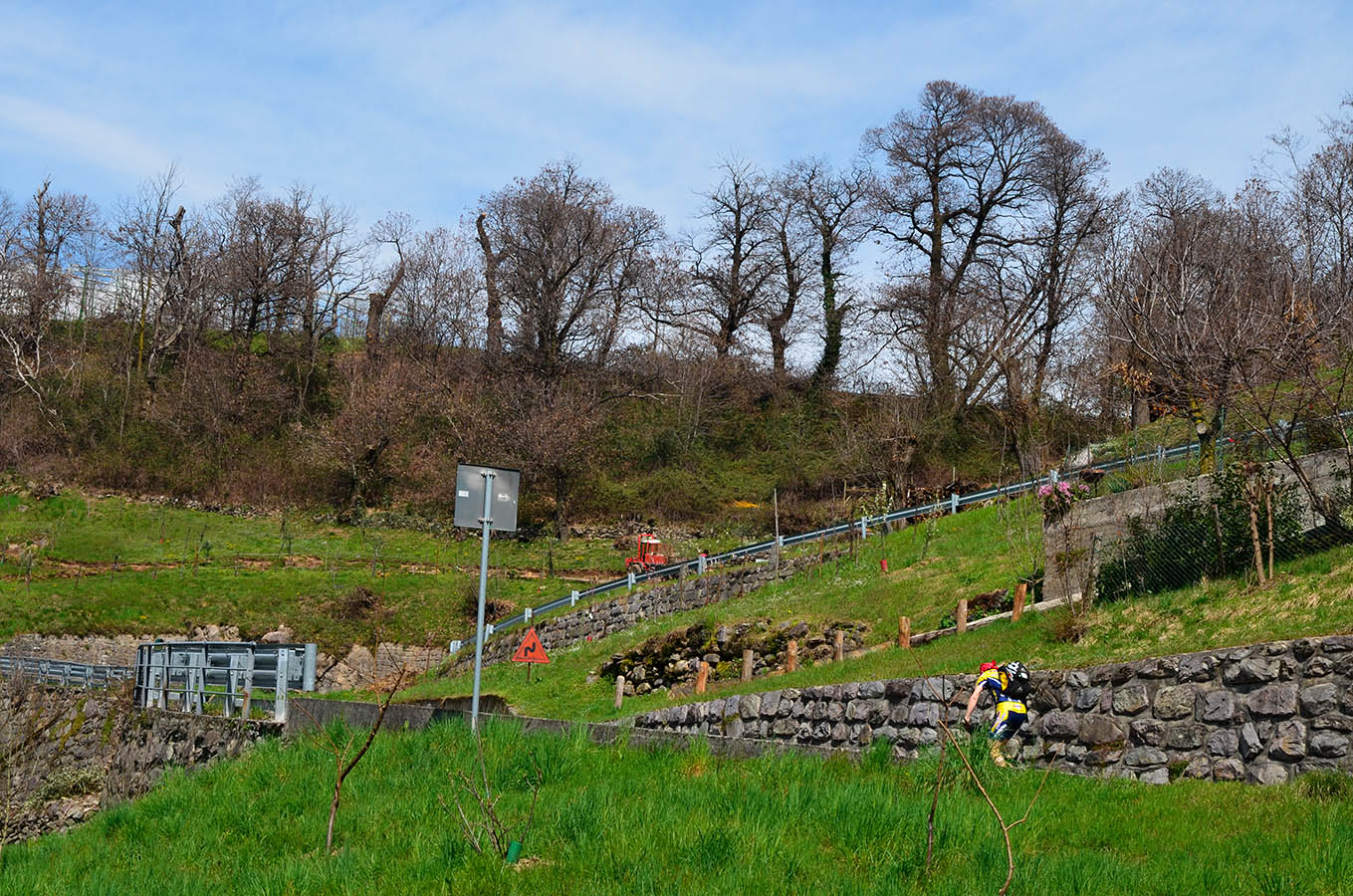 Montecampione, in memory of Marco Pantani

Montecampione, in memory of Marco Pantani

In lower Valle Camonica, a road is inextricably linked to one of the protagonists of the history of Italian cycling. The road connects Pian Camuno and Artogne to Montecampione, and the cyclist who made it famous more than any other was Marco Pantani.

The first year Giro d’Italia included this ascent was 1982. Bernard Hinault won that year. Sixteen years later, on 4th June 1998, this high-altitude area (which in winter is used for downhill skiing) was again included in the race for the Pink Jersey as the finish of the stage which started in Cavalese. The Pirate (as Pantani was called) first broke the resistance of Swiss athlete Alex Zulle during the ascent to Passo Croce Domini then performed a series of attacks aimed at having Pavel Tonkov on the ropes. The strenuous resistance of the Russian, Pantani’s most feared opponent, allowed him to stay head to head with Pantani until less than three kilometres from the finish line. In the last part of the climb, however, Tonkov had to give way to the power of Pantani and his intense attacks. Accompanied on both sides of the road by a large and festive crowd, cheered by those who followed him live on television with the emotional comments of Adriano De Zan, Pantani crossed the finish line with his eyes closed and arms raised to the sky, waiting for almost a minute for the arrival of the exhausted Russian. After this historic victory, he went on to win Giro d’Italia 1998 and in the same year also Tour de France.

The many cyclists who still attempt this ascent need to know that the incline, although not reaching a significant value, remains constant between 7 and 8 percent and rarely falls below these values. The start is from Pian Camuno at the roundabout between Via Galilei and Via Provinciale; for the first eleven kilometres, the slope is around 8 percent. After climbing Alpiaz, you can catch your breath thanks to a rather long stretch before having to engage significantly again for the last five kilometres, which have an average incline approaching 9 percent. After Prato Secondino, the road passes the large parking lot which was the stage finish in 1998 and after the last challenging hairpin turns you reach the final roundabout in Plan.