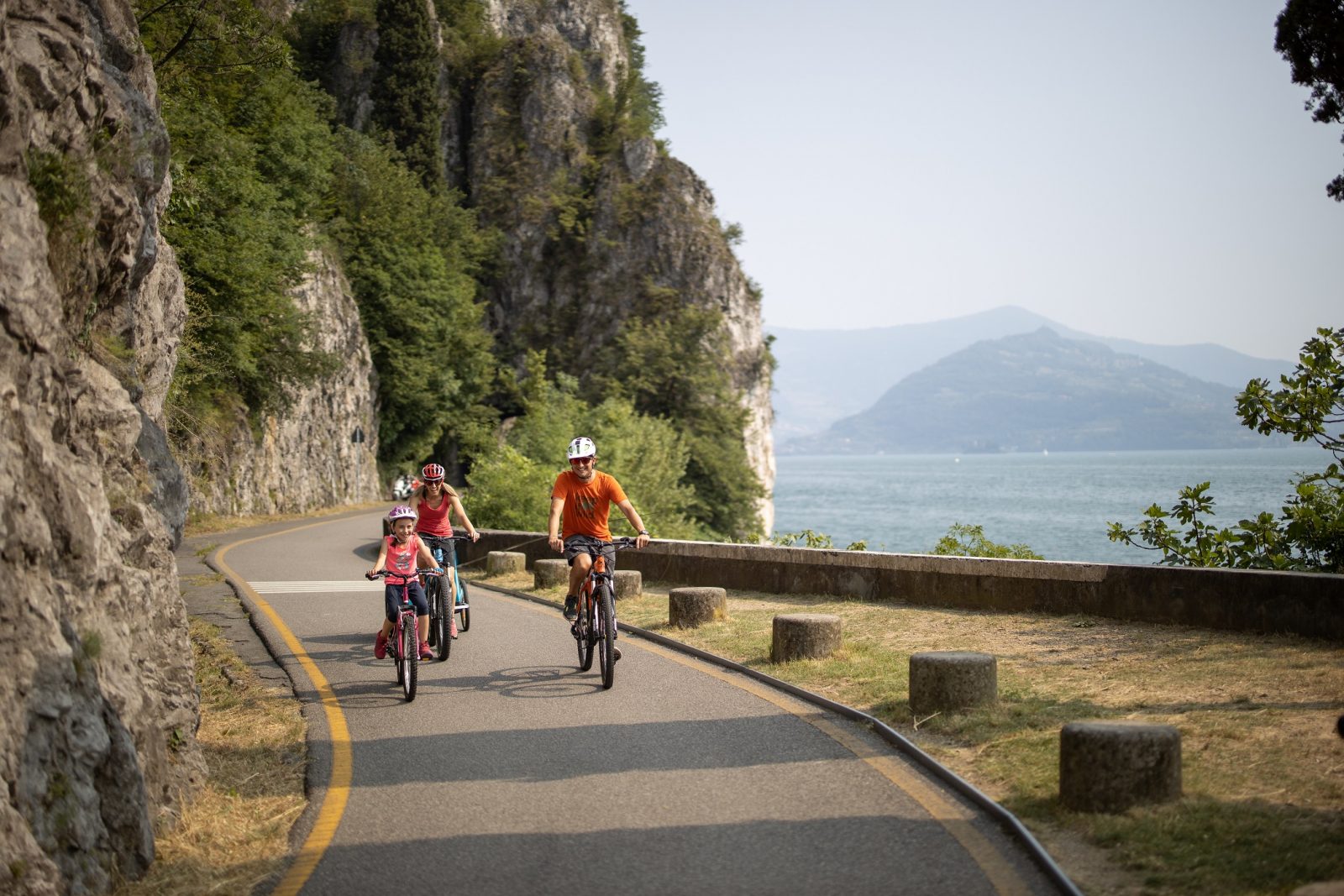 The eastern coast of Lake Iseo has several attractive features; one of which is highly appreciated by those who want to enjoy the vast surface of the water up close, without being disturbed by motor vehicles. The opportunity to walk or ride caressed only by the lake breeze is offered by the former coastal road which connects Vello di Marone to Toline di Pisogne. “Step by step, let the path open to contemplate the beauty of these places now visible after long oblivion. Take good care of this road which the commitment of many has returned to you, oh traveller…” These words are engraved on a plate which can be read at the beginning of the path. The itinerary is completely flat. It qualifies as a pedestrian and bicycle path, shared by cyclists and pedestrians, the latter always having the right of way. Compliance with some common sense rules explained on specific signs makes the route enjoyable and safe for everyone, including families with children. To ensure greater safety, it is also advisable to avoid travelling in bad weather conditions, during which there is higher probability that stones fall from the slopes above. The path can be accessed from the village of Vello, at a short distance from Marone, a sun-lit area with olive groves which also hosts the sacred buildings of Chiesa dei Morti (Church of the Dead- bordering the street) and the parish church of Sant’Eufemia (in the upper part of the village). A short tunnel preceded by a barrier represents the beginning of the route, which immediately reveals its main characterizing elements. These include high vertical cliffs which plunge into the water and a bold track, carved into the rock at the foot of Corna Trentapassi, a popular destination on this side of the lake with its peak a thousand metres above. The slightly winding path passes Valle Fredda and Val Finale and ends at Punta delle Croci Bresciane promontory, where Lake Iseo has its narrowest section. Once you pass around Croci Bresciane, the distance which separates Vello from the end of the bicycle path and from the village of Toline is almost entirely covered.If you decide to continue, you can reach Pisogne.